With all eyes on Glasgow for the UN Climate Talks, COP26, Scotland has been keen to position itself as a climate leader while glossing over its toxic past, present and future. And despite fierce campaigning to the UK Government to kick polluters out, COP26 looks set be a playground for big polluters whose profits depend on inaction.

In resistance to this toxic combo, Glasgow Calls Out Polluters will be leading an outdoor walking tour through iconic Glasgow sites to discuss

They’ll be joined by climate justice activists and frontline speakers from local and global organisations.

They have chosen a short route that avoids steps, steep inclines and uneven ground

They will endeavour to meet any language requirements if communicated in advance, either by translated print outs or simultaneous translation. Please let the organiser know if you require this as soon as possible.

They will be using a microphone.

Please let the organiser know if you have any specific access requirements.

CRER is a Scottish strategic racial equality charity, based in Glasgow. We are focused on working to eliminate racial discrimination and harassment and promote racial justice across Scotland. Thursday only.

We are a peaceful, public campaign, whose aim is very simple: to give the people of West Papua the freedom to choose their own destiny through a fair and transparent referendum – a freedom they have always been denied. We work with politicians of all parties, and also with other NGOs and campaign groups, both national and international, towards this aim. Monday only.

Graham is a veteran political campaigner and community activist who in May 2017, was elected as Glasgow’s first African Caribbean Councillor. Graham was instrumental in Glasgow City Council holding its first ever official Black History Month event hosted by the Lord Provost in October 2017. Monday only.

We are a grassroots campaign group based in Glasgow seeking to kick big polluters out of the city in the name of climate justice, especially as it hosts the next round of UN climate talks. We campaign in alliance with Divest Strathclyde.

We are a research and campaign group working to expose and challenge the privileged access and influence enjoyed by corporations and their lobby groups. We’ve been campaigning to kick big polluters out of the UN climate talks since 2013. 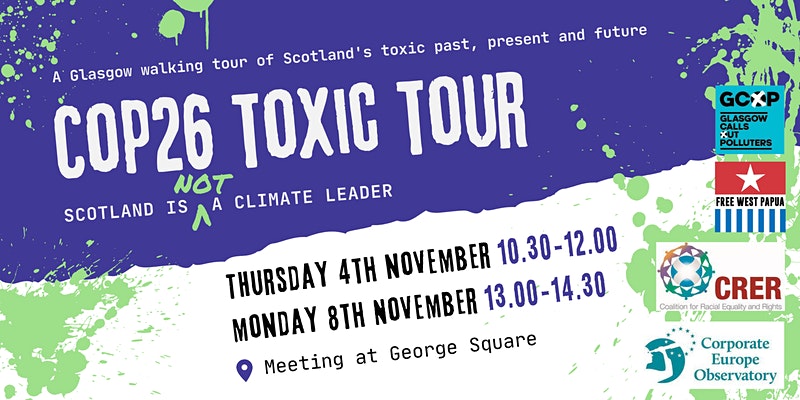 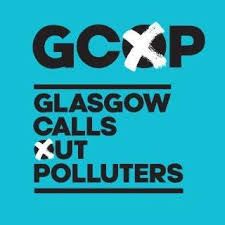