A special livestreamed event with young activists fighting the climate emergency around the world.

In September 2019, four million young people joined a school strike across 161 countries – the largest climate demonstration in history. From Greta Thunberg’s youth-led Fridays for Future movement to The Sunrise movement in the US, many young people, who are still too young to vote, are making their voices heard and inspiring others to join the fight against the climate emergency.

As Cop26 arrives in Glasgow, film director Franny Armstrong (The Age of Stupid) will talk to youth activists who are holding power to account. She will be joined by Fatima Ibrahim, co-founder and director of Green New Deal UK. Ibrahim has been an activist for over a decade: as a teenager has organised youth climate conferences for the United Nations and was one of the organisers of the 2014 People’s Climate March. Also on the panel will be Slater Jewell-Kemker, whose film Youth Unstoppable follows the rise of the global youth climate movement. With more speakers to be announced. 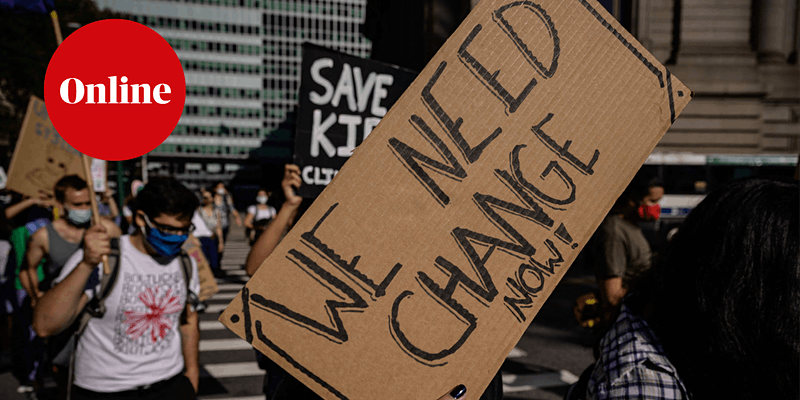