We are happy to welcome Sikowis Nobiss, Plains Cree/Saulteaux and founder of Great Plains Action Society, to speak during her tour of Scotland, where

We are happy to welcome Sikowis Nobiss, Plains Cree/Saulteaux and founder of Great Plains Action Society, to speak during her tour of Scotland, where she will be an important voice on Indigenous rights at COP26. Sikowis is active in Native American politics, protection of rights, climate change mitigation, justice and fairness in representations in popular culture and cultural festivals.

Sikowis will talk about her personal experiences of The Missing and Murdered Indigenous Relatives (MMIR) crisis of Turtle Island (Turtle Island is a name for Earth or North America, used by some Indigenous peoples in Canada and the United States, as well as by some Indigenous rights activists). Native American and Alaska Native Peoples (mostly women and girls) face the highest rate of murder, abduction, disappearances, suicide rates, domestic abuse, sexual and violent assault. However, the MMIR crisis is rarely discussed in mainstream (settler) media in the US. The fact that the US government and large NGOs have done little to take on this issue is telling of institutionalised white supremacy that makes it harder to solve this crisis. It is often up to Indigenous Peoples themselves to take a grassroots approach to disseminate information, provide resources to victims and the family of victims, and demand legislation for increased protections.

In response to the MMIR crisis Sikowis works to ensure that the crisis is acted upon in Iowa, Nebraska, and all over Turtle Island. During this event, Sikowis will discuss her work hosting forums, raising funds for affected families, organising events, and creating media, such as zines. 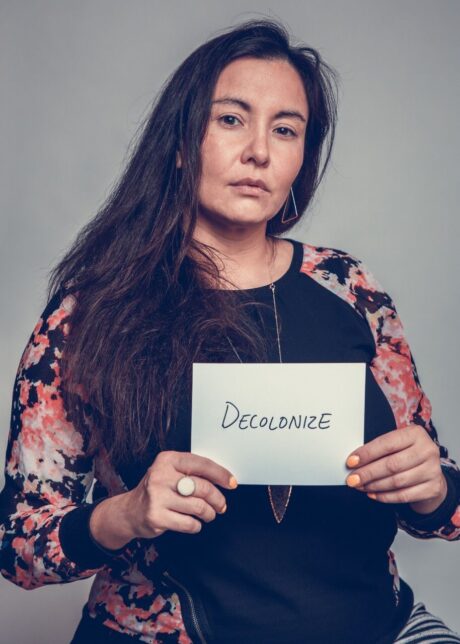