05feb12:00 am2:00 amEcosocialismo: Envisioning Latin America’s Green New Deal1/3 online events bringing together scholars and activists from across the Americas to dig into the underlying idea of a Green New Deal12:00 am - 2:00 am Organiser: North American Congress On Latin America Event Type:Meeting,Webinar & Talks

Register here. Join us for the first in a special three-part series of online events on some of the

Join us for the first in a special three-part series of online events on some of the most pressing issues facing the region.

A radical Green New Deal for the Americas calls for thinking beyond U.S. borders. This event brings together scholars and activists from across the Americas to dig into the underlying idea of a Green New Deal—injecting massive public investment into a rapid, democratic green transition—and to share lessons, insights, and proposals from their research and organizing experiences. Their conversation will tackle pressing questions around mobilizing investment in support of climate justice and the underlying principles of a Green New Deal.

Thea Riofrancos is an assistant professor of political science at Providence College, an Andrew Carnegie Fellow (2020-2022), and a Radcliffe Institute Fellow (2020-2021). She is the author of Resource Radicals: From Petro-Nationalism to Post-Extractivism in Ecuador (Duke University Press, 2020) and the co-author of A Planet to Win: Why We Need a Green New Deal (Verso Books, 2019). Her writing has appeared in The New York Times, The Guardian, Boston Review, The Baffler, n+1, Dissent, Jacobin, among others. She is a member of the Democratic Socialists of America and serves on the steering committee of the organization’s Ecosocialist Working Group.

Daniel Aldana-Cohen is Assistant Professor of Sociology at the University of Pennsylvania, where he directs the Socio-Spatial Climate Collaborative, or (SC)2. He is co-author of A Planet to Win: Why We Need A Green New Deal. His research and writing on climate politics in Brazil and the United States have appeared in Nature, The International Journal of Urban and Regional Research, Public Culture, The Guardian, The Nation, Jacobin, and Dissent.

Sabrina Fernandes is an ecosocialist based in Brazil. She is the lead editor for Jacobin Brasil, a postdoctoral fellow at the International Research Group on Authoritarianism and Counter-Strategies of the Rosa Luxemburg Stiftung and the University of Brasilia, and she runs the radical left YouTube channel Tese Onze.

Shalanda Baker is a Professor of Law, Public Policy, and Urban Affairs at Northeastern University, where she teaches courses on energy and the environment. She co-founded and co-directs the Initiative for Energy Justice. She is a 2017-17 Fullbright-García Robles Scholar.

Co-sponsors include Dissent, Jacobin, and the Democratic Socialists of America Ecosocialist Working Group. 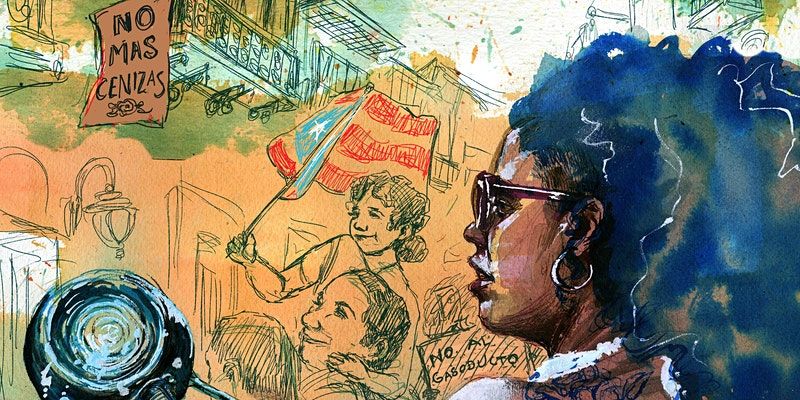 North American Congress On Latin AmericaThe North American Congress on Latin America (NACLA) is an independent, nonprofit organization founded in 1966 that works toward a world in which the nations and peoples of Latin America and the Caribbean are free from oppression and injustice, and enjoy a relationship with the United States based on mutual respect, free from economic and political subordination. To that end, our mission is to provide information and analysis on the region, and on its complex and changing relationship with the United States, as tools for education and advocacy - to foster knowledge beyond borders.