Join artist Ellie Harrison for an afternoon cycle around town to celebrate the launch of the new edition of her book ‘The Glasgow Effect’ and the 10th anniversary of her Early Warning Signs project.

On 1 November 2021, Harrison launches a new and updated edition of her book The Glasgow Effect: A Tale of Class, Capitalism & Carbon Footprint to mark the United Nations climate summit in Glasgow (COP26).

The book was inspired by her ‘controversial’ 2016 project for which she refused to leave Glasgow’s city limits or use any vehicles except her bike for a whole calendar year. A real-life experiment in ‘thinking globally and acting locally’, the project enabled her to slash her own carbon footprint for transport to zero, whilst helping to establish several local projects and campaigns aimed at improving Glasgow’s public transport and active travel infrastructure, including Get Glasgow Moving and Car-free Glasgow.

The ride will begin at The Encampment of Eternal Hope at The Briggait, and go west along the Clyde to visit Harrison’s four Early Warning Signs which have been re-united and installed near the COP26 site to mark the 10th anniversary of the project. Along the way, Harrison will share anecdotes and insights from the book about Glasgow’s transport system, as well as the ideas behind the Early Warning Signs project founded in 2011 under the artist’s mantra “reduce, reuse, recycle your art”.

Booking in advance via Eventbrite is essential. If you don’t have your own bike, please arrange to hire one in advance from Next Bike.

Please also let us know of any accessibility requirements, including enquiring about the accessible bicycles available from Free Wheel North.

About The Encampment of Eternal Hope:

Climate House presents The Encampment of Eternal Hope by Walker & Bromwich – coming to The Briggait, Glasgow, for the international climate summit, COP26, 31st October – 10th November. The Encampment is an immersive environment, forming a central hub for creative fringe activities throughout COP26. Amplifying Indigenous voices through workshops and events that bring together artists, academics and activists from Scotland, Colombia and across the world. You are warmly invited to come and engage in meaningful dialogue about the effects of the climate crisis within a playful, dystopian woodland encampment of giant inflatable sculptures.

Ellie Harrison is an artist & activist based in Glasgow (UK). Her work takes a variety of forms: from installations and performance / events, to lectures, live broadcasts & political campaigns.

Using an array of strategies, Harrison investigates, exposes and challenges the absurd consequences of our capitalist system: from over-consumption, inequality and alienation, to privatisation and climate change – and explores the impact free-market forces are having on our society, and our individual day-to-day lives.

Glasgow based collaborative duo Zoe Walker and Neil Bromwich are known for their large- scale iconic sculptural works, participatory events and exhibitions that invite audiences to imagine better worlds. At the core of their practice is the exploration of the role art can play as an active agent in society, evolving environments and situations within which people can begin to re-examine the world around them. 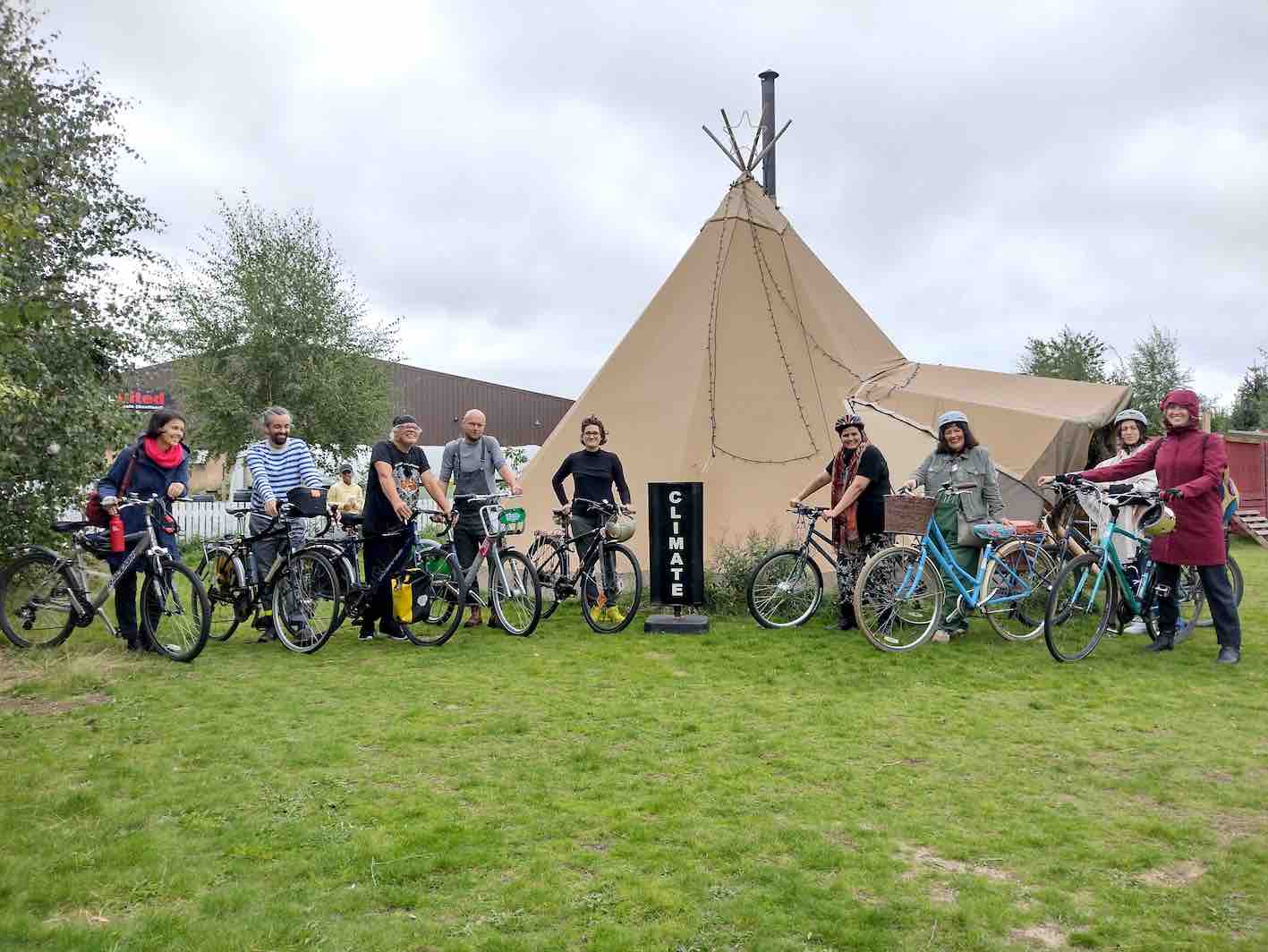