FILM: "Guardians of the Earth" about the 2015 Paris Agreement negotiations

Great background documentary of how the Paris Agreement came about – shenanigans and all. A Take One Action

Great background documentary of how the Paris Agreement came about –
shenanigans and all. A Take One Action Local hosted by Edinburgh COP26
Coalition.

The
Paris Agreement is a milestone in history influencing the next decades.
For the first time 195 nations committed to take action against climate
change.

The film gives insight behind closed
doors of the negotiations and reveals the clash of forces, which shape
our future: national self-interest against destruction of whole
countries, rich versus poor, victims against profiteers.

A reflection of the global community told by high-ranking figures and leaks of the process. Can this agreement save our planet?

An
Austrian / German documentary (85 mins) – to be followed by an informal
discussion and introduction to what is coming up locally in Edinburgh
which people can get involved with. All welcome.

The
Edinburgh COP26 Coalition brings together Friends of the Earth, Scot
E.3, Transition Edinburgh, Our Future Edinburgh, Trades Unionists and
many more concerned to alert Edinburgh to the challenge of achieving
real progress at the UN Climate Conference due to take place 1-12
November in Glasgow. 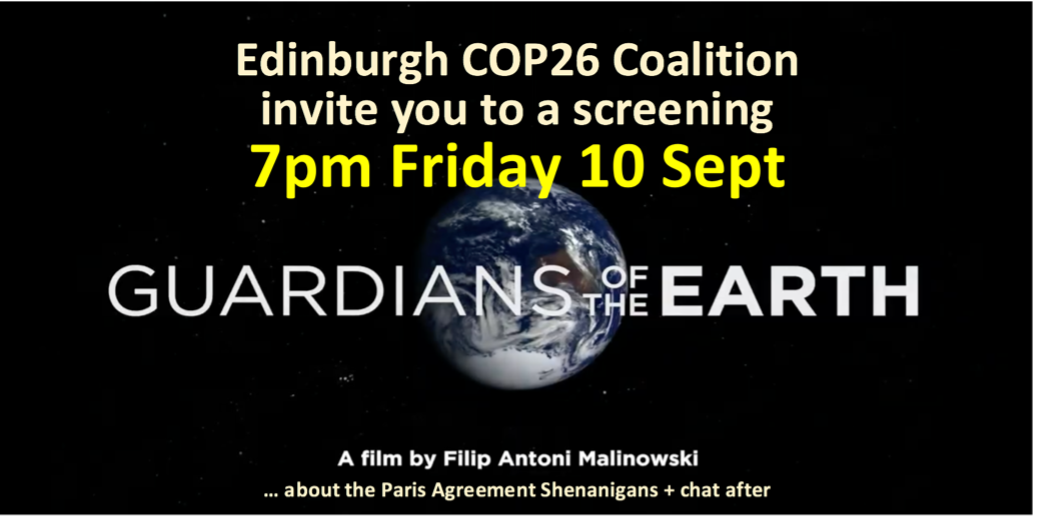