Edinburgh COP26 Coalition screening of the behind closed doors documentary of the Paris Agreement negotiations – reveals clash of forces at work.

The
Paris Agreement is a milestone in history influencing the next decades.
For the first time 195 nations committed to take action against climate
change.

The film gives insight behind closed
doors of the negotiations and reveals the clash of forces, which shape
our future: national self-interest against destruction of whole
countries, rich versus poor, victims against profiteers.

A reflection of the global community told by high-ranking figures and leaks of the process. Can this agreement save our planet? 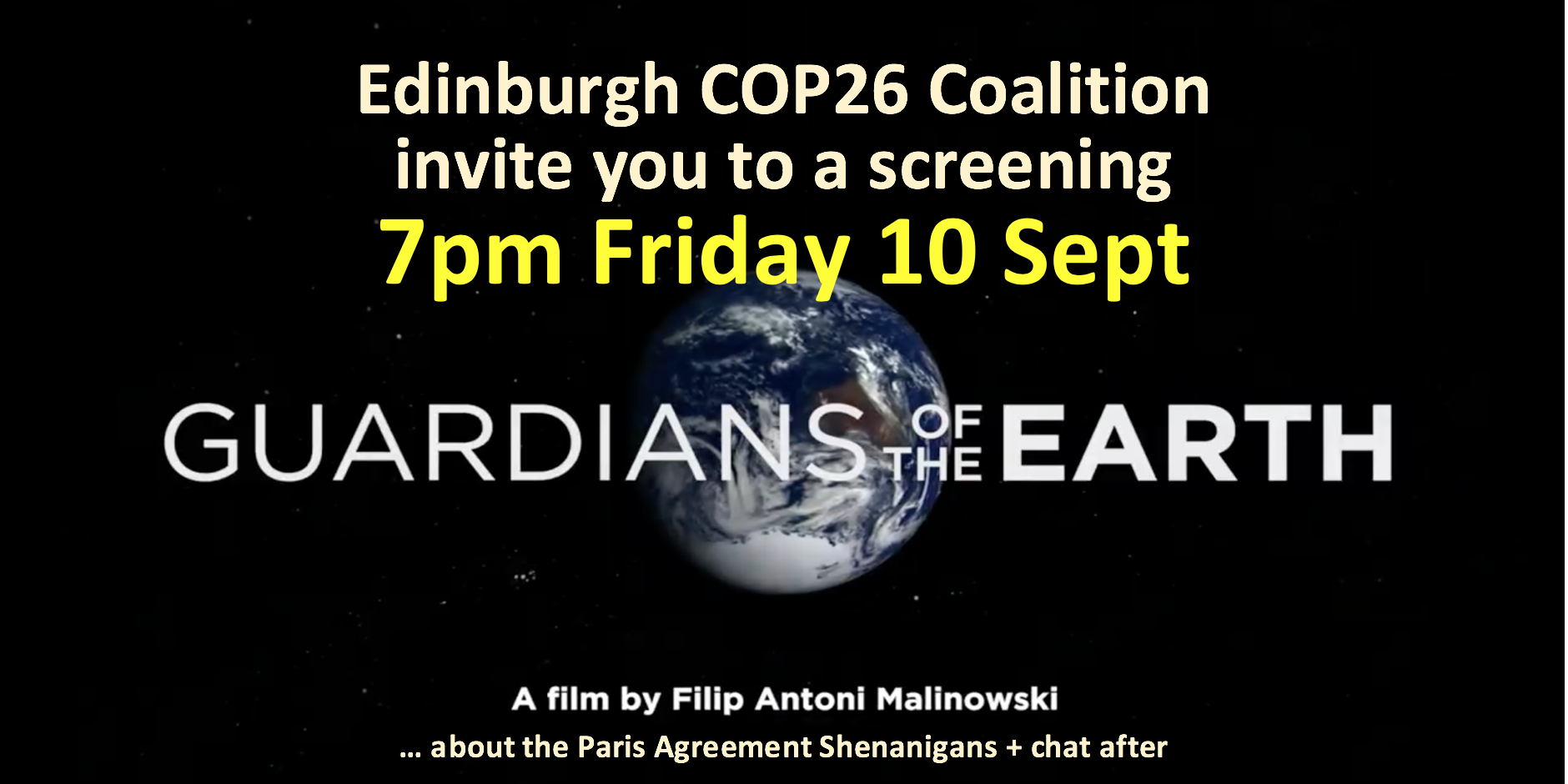