On 6 November 2021, as world leaders meet in Glasgow for the COP26 Global Climate Summit, towns and cities across the world will take to the streets demanding global climate

On 6 November 2021, as world leaders meet in Glasgow for the COP26 Global Climate Summit, towns and cities across the world will take to the streets demanding global climate justice.

In Glasgow, we will assemble at 11:30am at Kelvingrove Park, before marching to Glasgow Green for a rally at 3pm!

We are living through a period of multiple breaking points – from climate to covid to racism. We know that these crises not only overlap, but share the same cause.  While no one can escape the impacts of these crises, those who have done least to cause them suffer the most. Across the world, the poorest people and communities of colour are too often those bearing the brunt of the climate crisis. From coastal villages in Norfolk whose sea-defences are eroding faster than ever, to people living by the Niger Delta rivers blackened by oil spillage.

The Era of Injustice is Over: Our Time is Now

Justice won’t be handed to us by world leaders or delivered by corporations. So far, governments have done too little too late: colluding with corporations and hiding behind green washed ‘solutions’ that actually don’t exist yet, that don’t address the scale of the problem, and in many cases rely on more exploitation of people and the planet.

The transformative solutions that we need to survive and build a more just and fair world can only be brought about through collective action, solidarity and coordination, from our local communities and international levels. We are bringing together movements from across the world to build power for system change – indigenous movements, frontline communities, trade unions, racial justice groups, youth strikers, landworkers, peasants, NGOs, grassroots community campaigns, feminist movements, faith groups.

Wherever you are in the world, now is the time to join the fight for climate justice. We need all hands on deck: in workplaces, communities, schools, hospitals and across national borders.

6 November: Join us one of the actions being organised across the world or organise your own so that we can be loud and clear to the world leaders discussing our future: we want climate justice now!

More information on how to take part HERE! 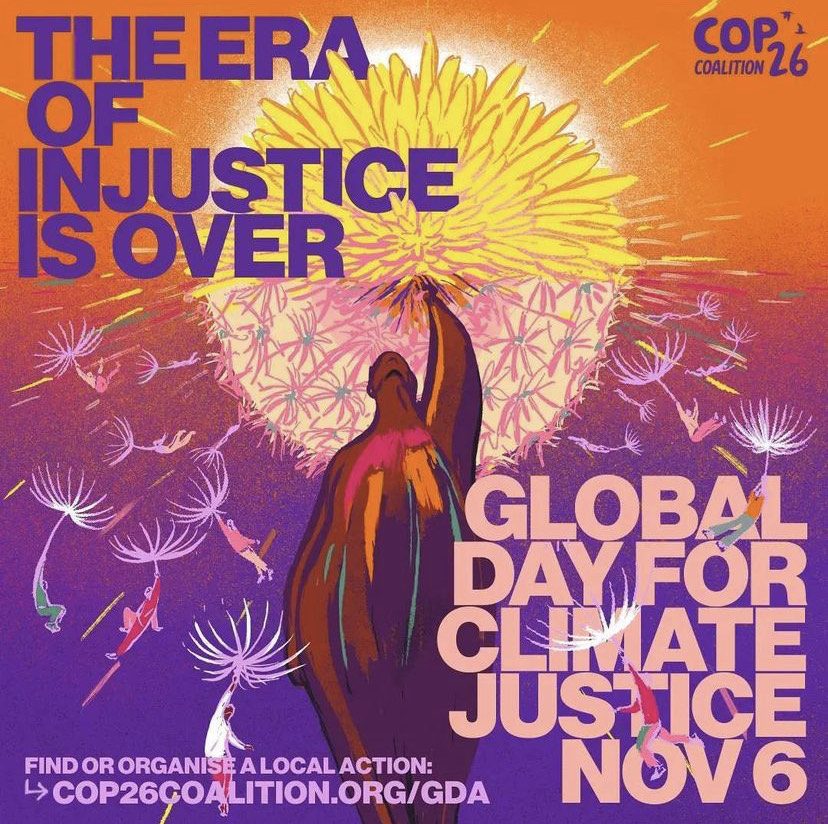