We are excited to have Rob Hopkins join us for our fifth in a series of interactive talks on the climate emergency, environmentalism and Green politics in light of the global pandemic. Rob will be discussing how we can unleash the power of imagination to create the future we want post-Covid.

The format will be an introductory talk by a Rob, followed by a Q&A and finishing off in breakout rooms to have more interactive discussions in smaller groups.

Book your place through EventBrite. At the bottom of your confirmation email, you will find a link to the Zoom room. Make sure to check your Junk / Spam folder. Please email [email protected] if you have any questions.

Rob Hopkins is a cofounder of Transition Town Totnes and Transition Network, and the author of The Power of Just Doing Stuff, The Transition Handbook, and The Transition Companion. In 2012, he was voted one of the Independent’s top 100 environmentalists and was on Nesta and the Observer’s list of Britain’s 50 New Radicals. Hopkins has also appeared on BBC Radio 4’s Four Thought and A Good Read, in the French film phenomenon Demain and its sequel Apres Demain, and has spoken at TEDGlobal and three TEDx events.

Find out more through his blogs at transtionnetwork.org and robhopkins.net and tweets at @robintransition. 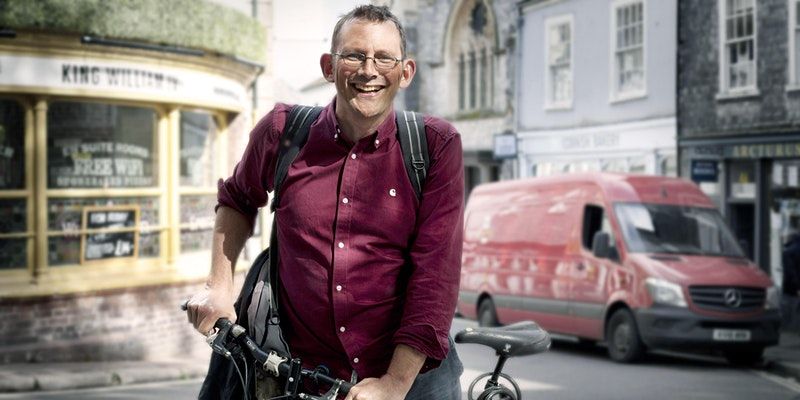