Zoom link: https://zoom.us/j/97651155761
Registration is not required for this event. If you would like to receive an email reminder on the day of the event, please register here.

An international press conference will be held by the COP26 Coalition prior to the G7 Summit taking place 11-13 June in Cornwall, UK. Leaders from across the climate justice movement will outline the steps that must be taken in order to achieve a true green recovery and why the climate crisis and global inequality cannot be solved without solutions based on climate justice. Speakers will address some of the key themes of the G7 Summit, highlighting the areas in which we are failing and challenging governments’ empty promises. The key G7 themes that will be addressed include Covid-19 vaccines, trade, green recovery and jobs, climate crisis and democracy.

The G7 Summit, which represents over half of the world economy, will kick start a season of intergovernmental talks including the G20 conference in October and COP26 in November.

Clive Lewis, Member of Parliament for Norwich South and Co-Chair of the All Party Parliamentary Group on the Green New Deal

Clive Lewis, Member of Parliament for Norwich South and Co-Chair of the All Party Parliamentary Group on the Green New Deal

“The climate transition needs to be rapid and just. We have a historic opportunity to remake the global economy in a way that prioritises the wellbeing of people and planet. That must mean those who are historically and presently responsible for carbon emissions –  the Global North, the world’s richest, and a small handful of companies – taking responsibility. The UK and other G7 nations must use the power they have to transform the global economic system to enable the transition and human flourishing. That should include changes to taxation as well as the behaviour and focus of central banks, a comprehensive package of debt relief and financial support for the Global South, and investment in renewable energy and technologies.”

“The economic shock of the COVID-19 pandemic has led some observers to double down on “free trade” as the only way to ‘build back better’. The existing rules of the international trading system have, over the last 25 years, worked to the benefit of large corporations, deepening inequalities and turbocharging the destruction of our natural commons. Those rules serve as a barrier to the ambitious industrial transformation the world requires to keep warming below 1.5C. There must be no delay in aligning trade rules to our climate ambitions and moving away from a winner-take-all world to a system that harnesses global interdependence to the requirements of a sustainable future for all. Rewriting those rules to match our climate ambitions and allow policy makers the space to pursue a just transition in line with local circumstances must be an integral part of any progressive climate agenda.”

“Despite ramping up of good news stories in advance of COP26, the reality is that the gap between the necessary action and actual cuts in emissions for both 1.5°C and 2°C is just getting bigger. Playing into this ongoing failure is the ubiquitous language of ‘net-zero’, under which almost any organisation, region or country can claim to be aligned with the Paris commitments. But dig a little deeper and claims of net-zero are often little more than a ruse whereby immediate cuts in actual emissions are substituted for future speculative ‘negative emissions’, offsetting and other forms of mitigation denial.”

“A few countries, including the UK, continue to block proposals to waive patents on COVID-19 vaccines and treatments which would enable every qualified manufacturer in the world to produce vaccines instead of a handful of US and European pharma corporations. They are leaving pharmaceutical corporations to decide who lives and who dies.

This is the same structure that has also led us to the climate crisis. A few countries in the Global North have for too long put our fate in the hands of corporations, while the Global South must struggle to survive catastrophic consequences. Both the climate crisis and pandemic cannot be solved without solutions based on global justice and equity.”

Asad Rehman, Executive Director of War and Want, and spokesperson for the COP26 Coalition

“The inequalities and injustices that have been hardwired into our economic and political systems have resulted in a world of violent contrast between colossal wealth and immense poverty. This system has led to grossly inadequate and unjust responses to the multiple crises that threaten the lives and livelihoods of billions. The leaders of the G7 countries, the richest and most powerful economies of the world, who bear the greatest responsibility for fuelling these crises, can no longer make empty statements or hollow promises to act. Leaders must listen to the millions of people in every corner of the world who are demanding a justice transition that can deliver a just, fair and safe world where everyone has the right to live with dignity. As a first step the G7 must commit to doing their fair share of emissions reductions By 2030 to limit temp increases to well below 1.5°C, to unlocking the trillions needed to build a sustainable economy of the future – one that guarantees universal public services, living wages and puts people before profit.” 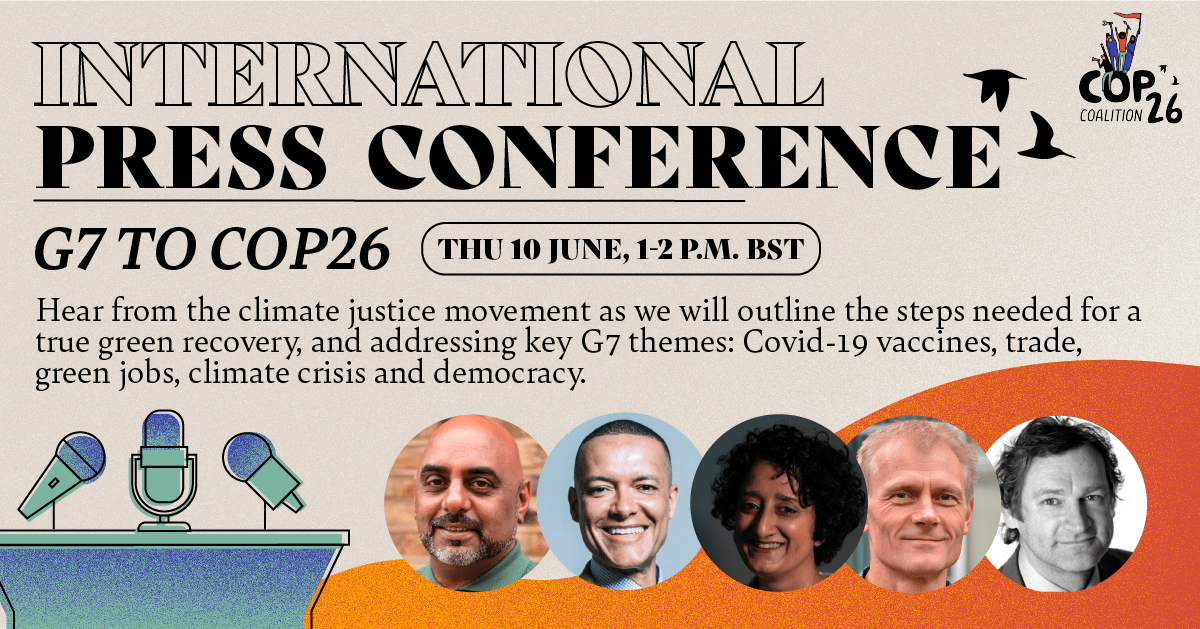 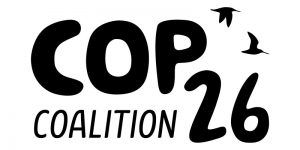