We’re delighted to welcome Professor Jim Skea of Imperial College London and the IPCC as our guest speaker. He’ll be addressing the issue of justice and the connections with climate action and we’ll be making connections too for educators, young people…and in fact all of us! There will be an opportunity to ask questions towards the end of the session.

He was Chair of the Just Transition Commission and was a founding member of the UK’s Committee on Climate Change, acting as its Scottish champion.

He is a Professor of Sustainable Energy at Imperial College London and a Co-chair of Working Group III (focused on climate change mitigation) of the IPCC. He was part of the leadership for the 2018 IPCC 2018 Special Report on Global Warming of 1.5C.

He was the President of the Energy Institute between 2015 and 2017. He led the UK Energy Research Centre and worked on UK’s energy transition scenarios from 2004-2012.

Born in Scotland, Jim Skea read Mathematical Physics at Edinburgh University, followed by a PhD in energy research at Cambridge University’s Cavendish Laboratory. He has since worked at Carnegie-Mellon University in Pittsburgh, Pennsylvania working on emerging US energy and environment policy and the Science Policy Research Unit at Sussex University. He was subsequently Director of the Policy Studies Institute before joining Imperial College on 2009.

He was awarded an OBE in 2004 and CBE in 2013 for his work on sustainable transport and sustainable energy respectively. 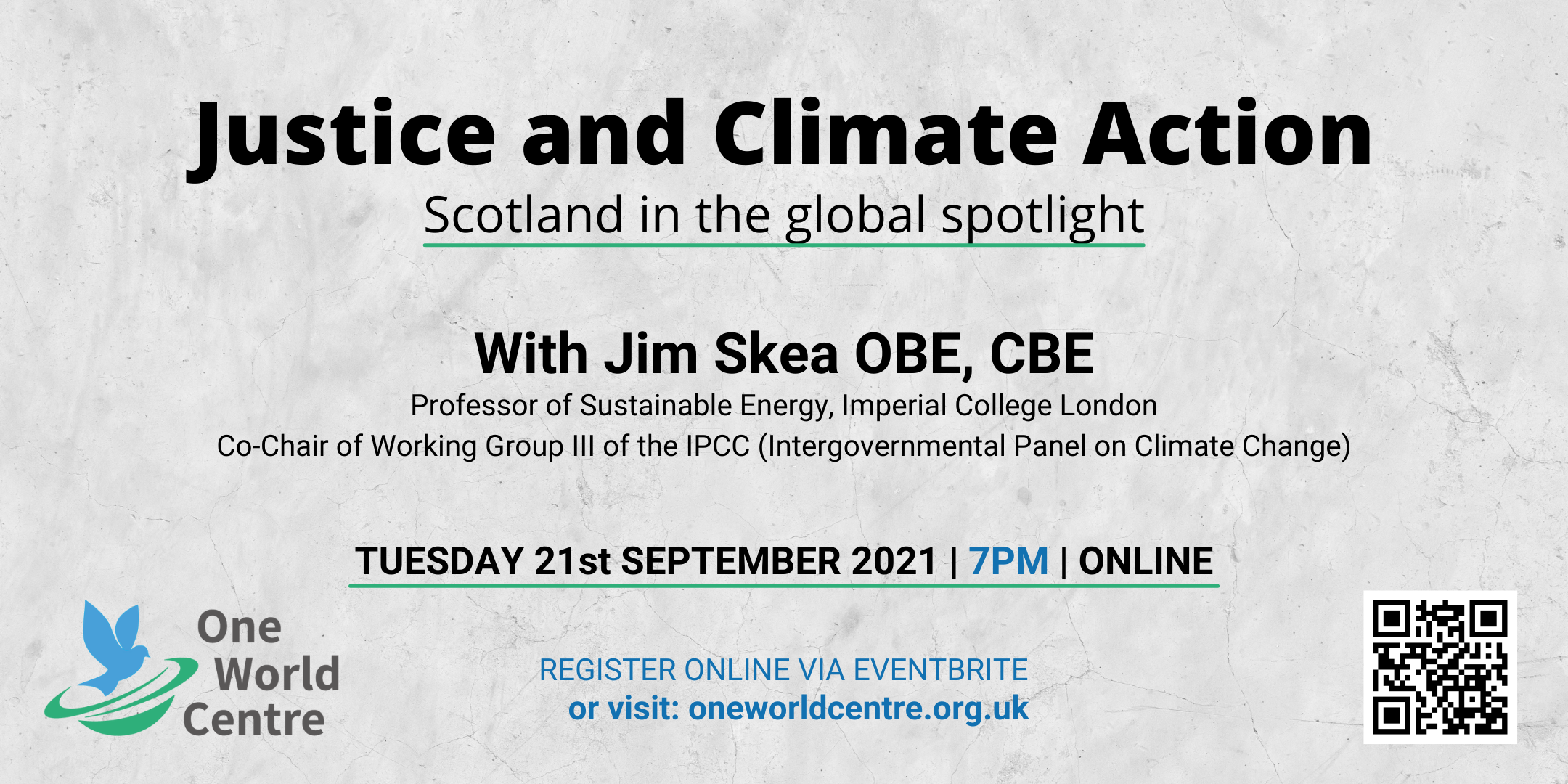 On Zoom - book on Eventbrite to get link