Why: One planet, One ocean, One standard of justice. This is a David and Goliath story, except Goliath is winning. Among all

Why: One planet, One ocean, One standard of justice.

This
is a David and Goliath story, except Goliath is winning. Among all the
indigenous people experimented on during the age of atomic bomb testing,
the story of the Marshall Islands is unbearably painful and still
unfolding.

This
is the date, in 1954, of the destruction of Bikini Atoll by a hydrogen
bomb 1,000 times bigger than those detonated in Hiroshima and Nagasaki.
The wind was in the ‘wrong’ direction, unless you wanted to know what
happens to people contaminated by radiation. This was the first of more
than 50 nuclear explosions in the Marshall Islands.

Who: Scottish CND have organised this, but it impacts all of us.

Dismiss
if you dare the moral imperative to stand in solidarity with a tiny
country 12,000 km away, but if the Runit Dome at current sea level on
Enewetak Atoll dumps its plutonium in the ocean, it is coming to a
coastline near you. There is only one ocean.

What: A commemoration, and a demand for Justice.

The
legacy of nuclear ‘testing’ continues to harm the Marshall Islands
today, together with the growing threat of climate change. Nuclear-armed
and nuclear-endorsing states betray the suffering of the Marshall
Islanders by refusing to take seriously the need for nuclear
disarmament, environmental restoration, and care for victims and
survivors.

We stand together to express our solidarity with
Marshall Islanders, and to call on states around the world to take
seriously the twin existential threats of nuclear weapons and climate
change, which have done so much damage already to the Marshall Islands
and other small island states.

Who: An hour of thoughtful and inspiring speakers, music and reflection.

We
are delighted to welcome a Representative of the Permanent Mission of
the Republic of the Marshall Islands in Geneva as our guest of honour,
together with Bill Kidd MSP (Convener of the Cross-Party Group on
Nuclear Disarmament) and keynote speaker Dr Maureen Sier (Director of
Interfaith Scotland).

Brian Quail, cherished elder of the Scottish
peace movement, will share his encounter with Analong Lijon of the
Marshall Islands; and Janet Fenton will speak for the Women’s
International League for Peace and Freedom on their response to the
inherent patriarchal racism in the nuclear arms race.

The event
will be threaded through with music and poetry from Scotland and from
the Marshall Islands, as well as moments for quiet reflection, as we
take a minute’s silence to remember, and plant a tree at Faslane Peace
Camp as a symbol of the solidarity of our two nations, grounded in the
earth of our one shared planet. 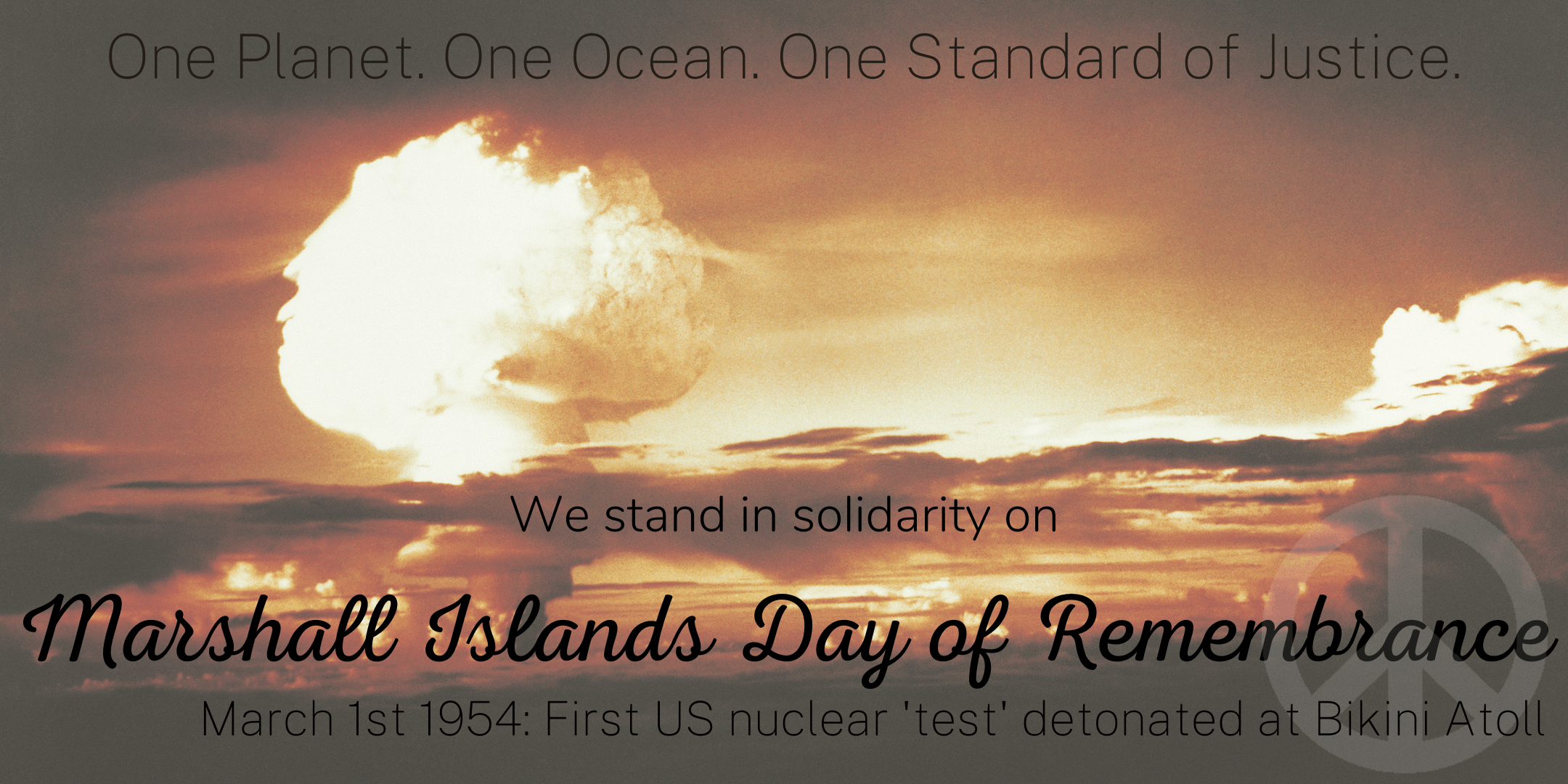