Moving Out Symposium - It's an Emergency

10nov10:00 am1:00 pmMoving Out Symposium - It's an EmergencyTo mark the arrival in Glasgow of COP 26, Wraptheworld and Surge present a special Moving Out Symposium to explore the response of artists to the Climate Emergency.10:00 am - 1:00 pm Event TypeCultural, Arts & Social

To mark the arrival in Glasgow of COP 26, Wraptheworld and Surge present a special Moving Out Symposium to explore the response of artists to the Climate Emergency. Moving Out

To mark the arrival in Glasgow of COP 26, Wraptheworld and Surge present a special Moving Out Symposium to explore the response of artists to the Climate Emergency.
Moving Out – It’s an Emergency will take place on the 10th of November, from 10am to 1pm.
It will occur both online and in-person at our venue in Glasgow.

The symposium will hope to unite artists with producers, curators with art activists, and looks to include voices from around the globe, framing the discussion around themes of:

Direct Action
The Aesthetics and Poetics of Ecological Art
The Provision of Arts-led Spaces and Structures for Sustainable Living.

Ultimately we ask, how can artists effect change in response to the climate emergency?

As well as these presentations, the symposium will also include workshops and short performances, allowing attendees of the event both digital and in-person to interact directly with some of the artists’ work and the creative campaigns that have been running in the lead-up to COP26. Performances will be broadcast both live from Glasgow and internationally.

We also intend to be a space for discussion of some of the cultural events that occur as a result of COP26’s presence in the city. A portion of the symposium will be wholly devoted to reflection on these events, which we aim to record for the sake of the symposium attendees. A brief documentary made by ourselves will be shown at the symposium prior to discussion.

Confirmed to be speaking so far, we are pleased to announce a small glimpse of our programme including Stella Hall, producer of the Festival of Thrift devoted to sustainable living; Professor Chris Fremantle of ecoartscotland, a platform of research and practice designed for artists, critics and scientists alike to have access to climate-related resources; and Angus Farquhar of the freshly-launched Dandelion project, which hopes to create a cultural shift in community food production. Activists such as Jay Jordan and Robyn Hambrook will be presenting on their actions with the Clandestine Insurgent Rebel Clown Army; Reagan Kandole, founder of ECOaction Uganda will talk about how he uses art to create a Zero Waste community in Kampala; and Simon Sharkey will talk us through the international, massively-collaborative Conference of Birds project. Interspersed throughout will be live performances from acts such as Cocoloco and ‘Hey Idiots, Text me your Climate Change Solutions’.

Many more speakers will be announced when the full programme goes live on the 1st of November.

If you hold any interest, either professionally or personally, in artistic and creative responses to the climate emergency, then make sure to register for Moving Out Symposium – It’s an Emergency through the link below. 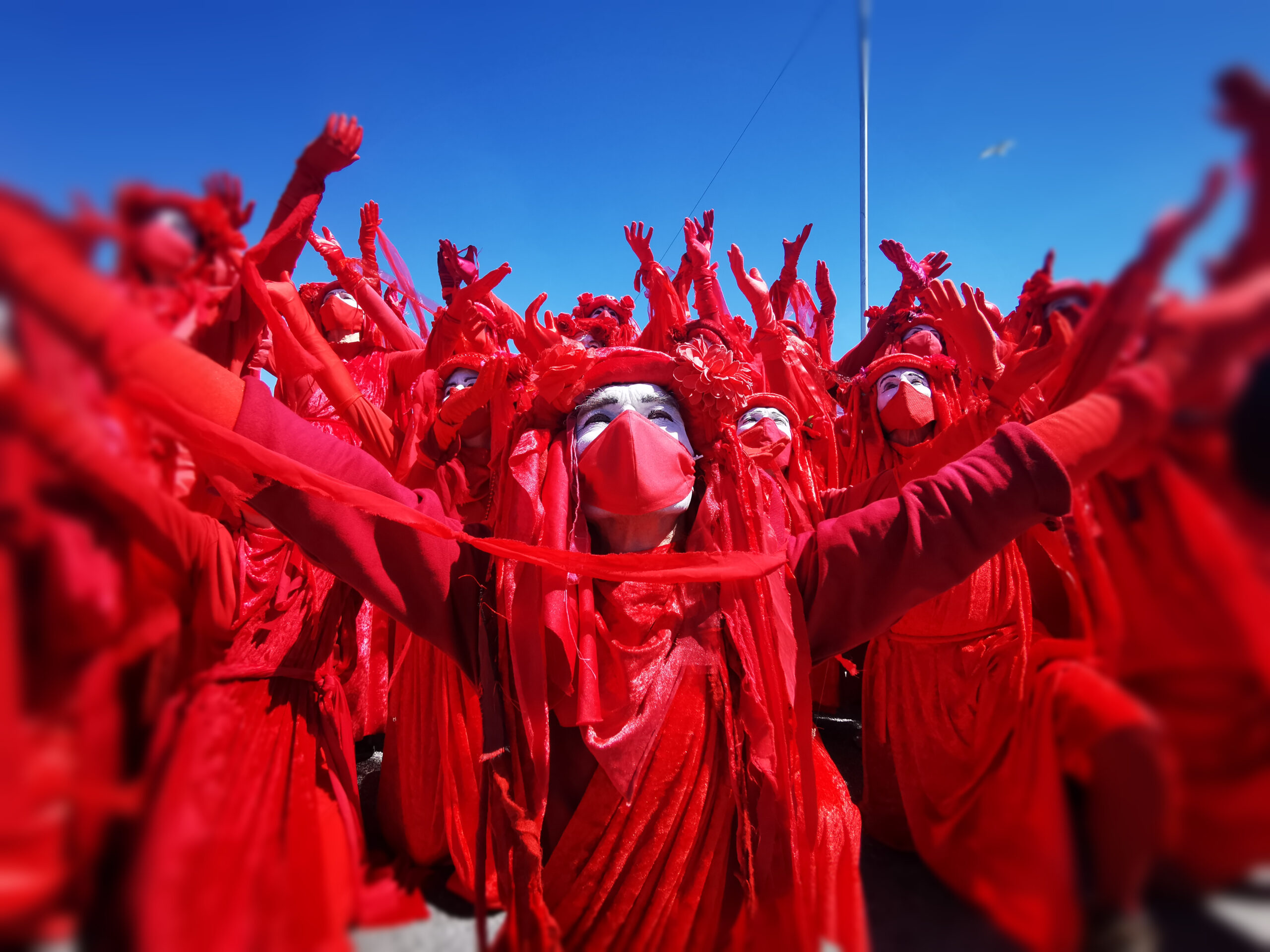