shado is excited to be hosting its first in person event in Glasgow around the theme of climate justice and community action!  As

shado is excited to be hosting its first in person event in Glasgow around the theme of climate justice and community action!

As warnings of “code red for humanity” are announced, the need to turn towards hope and action rather than fear is urgent. This event will celebrate the grassroots community action which is focused on making the changes that the world needs to see including holding those in power to account.

Join us for an evening of art and conversation from grassroots groups and activists where we will be bringing Glasgow’s community groups together. There will also be talks from Paid to Pollute, Stop Cambo, No Evictions Network and more.

The aim of the event is to offer an accessible space for activists, organisations and artists to unite around the issue of climate justice. The focus will be on the reframing of climate change as an intersectional issue which impacts different groups differently.

Importantly, it will offer an introduction to those who want to find out more about current climate movements and ways to get involved.

Doors will open from 6.30pm and talks will start from 7pm 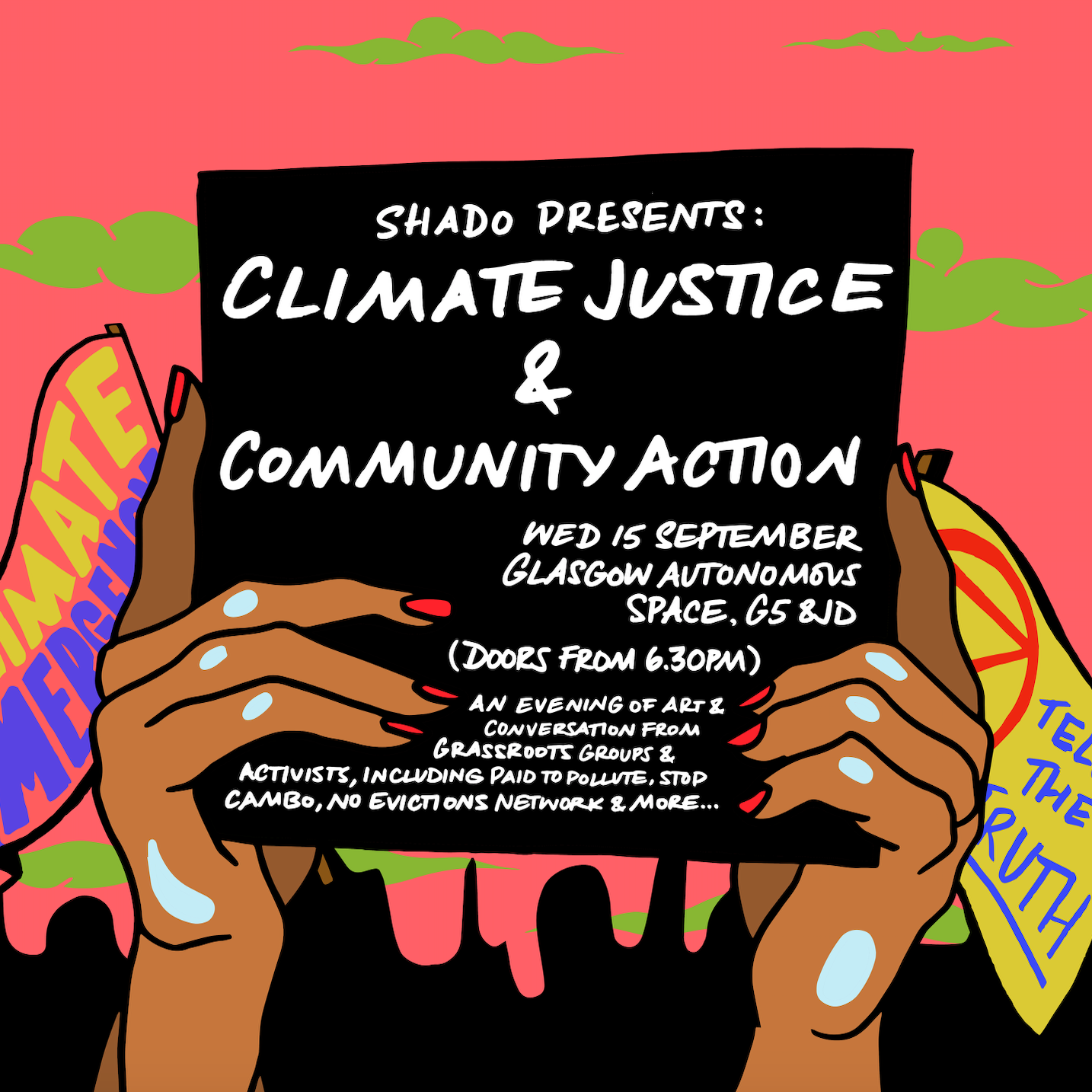