Further information and tickets. The first Sighthill Stone circle was constructed in Sighthill Park in 1979, realising the vision of Duncan Lunan and John

The first Sighthill Stone circle was constructed in Sighthill Park in 1979, realising the vision of Duncan Lunan and John Braithwaite. This astronomically aligned stone circle, a short walk from Glasgow city centre, and overlooking the M8 motorway, was a notable city landmark, with its construction involving helicopters part of Glasgow’s modern lore. This circle of 18 standing stones was used by pagan groups, astronomers, dog walkers, and suburban drinkers and crisp eaters over 37 years. The central stone became a memorial for members of a Glasgow family and ashes were scattered there. However, in April 2016, the circle underwent a controlled dismantlement in advance of the demolition and rebuilding of Sighthill by Glasgow City Council. The stones were buried nearby, and then used to build a new version of the stone circle in 2019 a few hundred metres from the original location, with the Sighthill ‘Transformational Regeneration Area’ approaching completion in 2021.

This webinar will offer insights into the past and future of these monuments and Sighthill. Duncan Lunan will talk about his unique vision to build two stone circles in Glasgow separated by four decades. Archaeologists Kenny Brophy and Helen Green will discuss their research into the use of the old stone circle, and their plans to explore the place-making potential of the new stone circle. The speakers will then be joined by some special guests in a panel for a Q&A session with the audience and explore how stone circles might support sustainable communities. 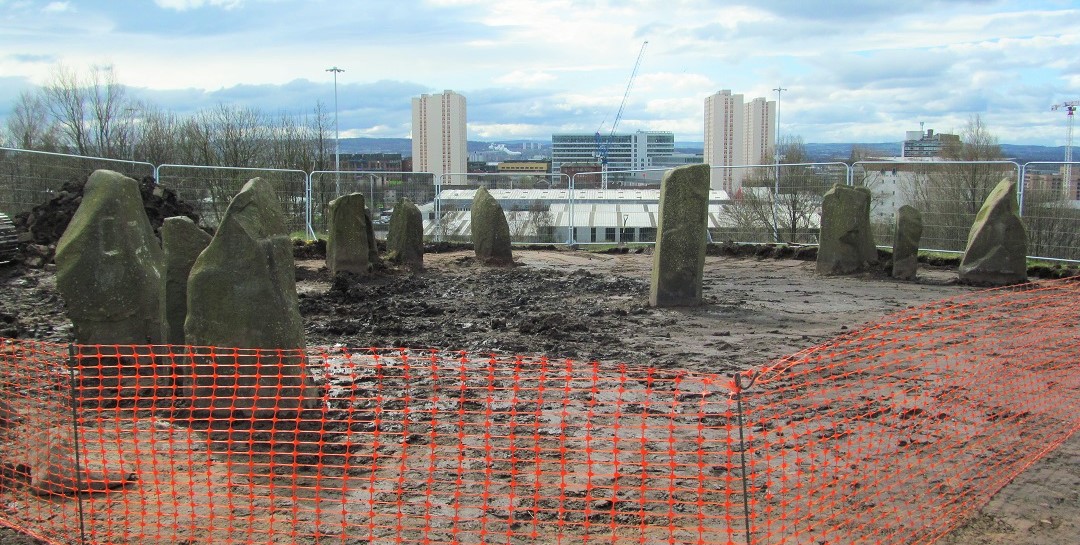