As part of our ongoing Safe Harbour: Open Sea programme, we’re transforming the Fittie Community Hall into our own

As part of our ongoing Safe Harbour: Open Sea programme, we’re transforming the Fittie Community Hall into our own wee cinema. Bring a cushion and a bottle of wine and settle in for a night at the movies Fittie style.

The film on offer is Woman At War, a dark Nordic comedy telling the story of Halla, a seemingly ordinary choir teacher in a small town in Iceland. Halla, however, has a secret identity as ‘Mountain Women’, taking under cover direct action against climate change. When her application to adopt a child is finally accepted, Halla plans one final bold attack.

Using the themes of the film as a stimulus, we’ll introduce our plans for The Good Ancestor aspect of Safe Harbour: Open Sea and ways we can work together as a community to take action against climate change and safeguard the community for future generations. 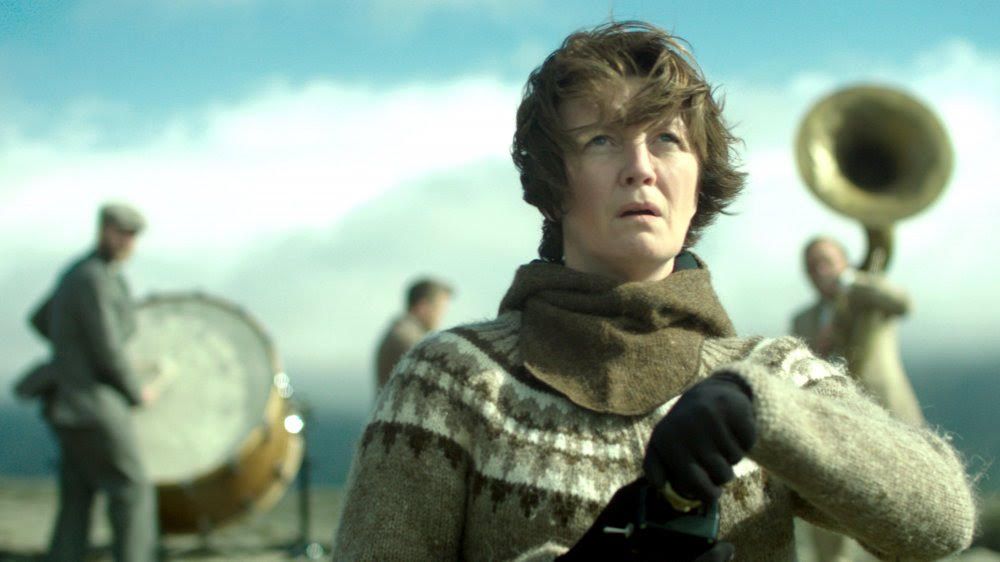