Out of Africa… Into Malta

Hear about the varied work of Out Of Africa…Into Malta as it aims to relieve humanitarian need and provide hope to a displaced people. Rev Doug McRoberts, former minister of St Andrew’s Scots Church in Malta, will share how the project founded in 2010 grew from offering prayers and second-hand clothes to becoming a major life-changing presence, partnering with the Red Cross and becoming a Church of Scotland Guild Partner Project.

The Global Compact on Refugees, adopted by an overwhelming majority at the UN General Assembly in December 2018, directly recognises that ‘climate, environmental degradation and natural disasters increasingly interact with the drivers of refugee movements’. 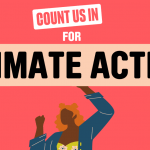 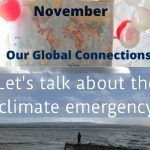 Next Story:
Let’s talk about the climate emergency
↑