Climate Fringe Week (18-26 September) aims to bring communities together, generate conversation about the climate and nature emergencies, and raise awareness of the need to move towards a greener, fairer, low carbon society and world.

A variety of charities and groups across Scotland will take part in Climate Fringe Week in different ways. For example:

The Arkbound Foundation, a charity publisher, will have a book launch for their upcoming publication entitled ‘Climate Adaptation: Accounts of Resilience, Self-Sufficiency and Systems Change’. Emily Andrews, its Project Manager, said: “The book will cover case studies from 18 different authors from around the world, detailing ways to build adaptation and resilience, as well as looking at alternative socio-economic models based on zero waste, cooperation and sharing.”

Take One Action will present a special evening of short films and performances as part of its 2021 Film Festival. Presented in association with ÚNA Fest, the programme will centre on climate justice, creativity and solidarity, to “celebrate our ability to re-imagine a new faith in nature,” according to Tamara Van Strijthem, Take One Action’s Executive Director.

Time for Change Argyll & Bute are planning an event to bring together people from different industries and areas of expertise and get them talking about working together on climate solutions in Argyll and Bute. The event organiser, Freya Aitchison said: “By starting conversations about the climate crisis and showing that people care, we want to play our part in encouraging our elected representatives to take more action.”

WWF Scotland will hold a virtual exhibition, the Great Scottish Canvas. It brings together voices from across Scotland with poems, stories and artwork in Scots, Gaelic and English, including from Scottish creative icons such as Alexander McCall Smith and former Makar – National Poet for Scotland – Jackie Kay. Brita Ferguson, Campaigns Manager at WWF Scotland, said: “In this vital year for climate and nature, the Great Scottish Canvas exhibition will showcase the public’s visions for a future where we tackle the climate and nature crises and create a greener, fairer Scotland for all.”

In September, Climate Fringe Week will take place at the same time as Great Big Green Week, an initiative from The Climate Coalition. The timing also coincides with Climate Week NYC (20-26 September), when international leaders from business, government and civil society will meet for talks in New York. This is a vital time to show that communities across Scotland and the rest of the UK support strong action on climate change, prior to the COP26 climate conference taking place in Glasgow in November.

Climate Fringe Week is being spearheaded by Stop Climate Chaos Scotland, a diverse coalition of over 60 non-profit organisations, with further organisations supporting the week itself.

“Climate Fringe Week gives a chance for us in Scotland to focus on those issues that matter to us, ahead of the global focus on climate that COP26 will bring, still while joining them to the international context.”

People and groups who are interested in getting involved are encouraged to visit the Climate Fringe website to download a toolkit, full of ideas and information about how to get involved: climatefringe.org/week

For more information or to arrange an interview with a spokesperson, please contact us. 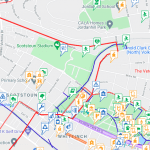 Previous Story:
Volunteers to build a COP26 Map for Glasgow 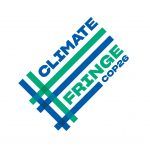 Next Story:
Climate Fringe: a call for volunteers
↑
X
X