Join a lively discussion with authors of the thrilling and provocative book, Half-Earth Socialism, as well as the designers who created a video game based on the book. The event

Join a lively discussion with authors of the thrilling and provocative book, Half-Earth Socialism, as well as the designers who created a video game based on the book. The event will feature discussions and Q&A with the authors and designers, as well as a chance to explore the game!

Half-Earth Socialism makes clear that while we must humbly accept that humanity cannot fully understand or control the earth, we can plan new energy systems, large-scale rewilding, and food production for the common good. Over the next generation, humanity will confront a dystopian future of climate disaster and mass extinction. Yet the only ‘solutions’ on offer are toothless cap-and-trade programmes, catastrophic geoengineering schemes, and privatized conservation, which will do nothing to reverse the damage suffered by the biosphere. Indeed, these mainstream approaches assume that hyper-consumerism in the Global North can continue unabated. It can’t.

What we can do, environmental scholars Troy Vettese and Drew Pendergrass argue, is strive for a society able to ensure high living standards while stabilizing the environment. This means:

The authors collaborated with designers from the Jain Family Institute and Trust to create a video game based on the book which can be viewed at play.half.earth.

Please note this event will be photographed and images may be used for future marketing, promotional or archive purposes. If you would prefer not to be photographed please let us know at the event.

Troy Vettese is an environmental historian and a Max Weber fellow at the European University Institute, where he is affiliated with the Robert Schuman Centre for Advanced Studies. He studies the history of environmental economics, energy, and animal life under capitalism. His writing has appeared in Bookforum, New Left Review, The Guardian, n+1 and many more publications.

Francis Tseng is a software engineer and lead independent researcher at the Jain Family Institute. He primarily builds modeling tools, simulations, and procedural systems. In the past he taught at the New School, was co-publisher of The New Inquiry, and was a fellow at The New York Times.

Son La Pham lives in Berlin and works as a graphic designer focusing on new forms for technology and the web. His digital work has been published in It’s Nice That, Hoverstates, Loadmore and Fonts In Use.

Chaired by Heather Parry; Heather Parry is a fiction writer and editor originally from Rotherham, South Yorkshire. She is the co-founder and Editorial Director of Extra Teeth magazine, co-host of the Teenage Scream podcast and the Scottish Senior Policy & Liaison Manager for the Society of Authors, a trade union for writers. In 2021 she created the free-access Illustrated Freelancer’s Guide with artist Maria Stoian.

Half-Earth Socialism: A Plan to Save the Future from Extinction, Climate Change and Pandemics 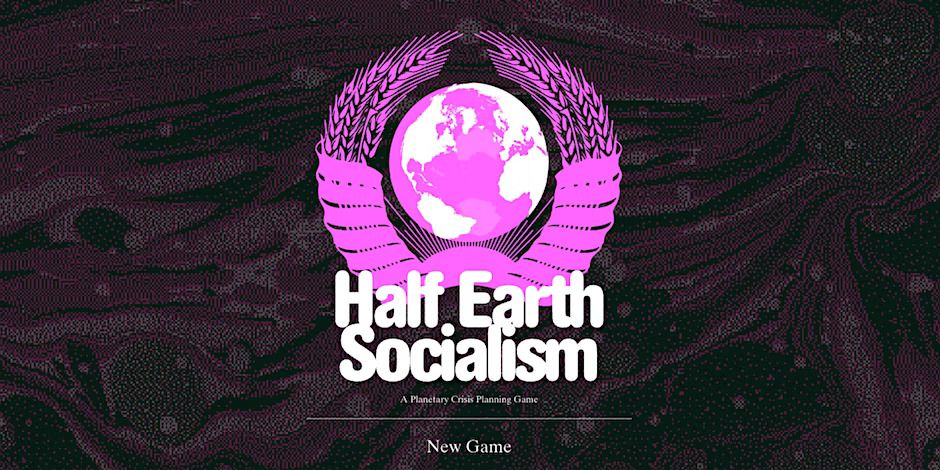