How can South Lanarkshire face up to Climate Change? Council Election Hustings – Online Thursday 21 April 7pm South Lanarkshire Council declared a Climate Emergency in 2019 and committed to taking action. That

How can South Lanarkshire face up to Climate Change?

South Lanarkshire Council declared a Climate Emergency in 2019 and committed to taking action. That was a recognition of the scale of the problem the world faces and that the Council had a role to play. However, 3 years on, what has been done? What will the Councillors we elect do, to move us to a Carbon-Zero future?

Candidates from the main political parties will attend and answer questions on what they will do if they are elected.

This Election Hustings event is organised by UNISON South Lanarkshire and Friends of the Earth Scotland.

Please register ahead of time to receive the online event link.

How will the Council de-carbonise its buildings, vehicles and services?

Are the recycling services good enough?

How will they promote better public transport?

Do they support a publicly owned and integrated bus system?

Will they support investment to insulate our homes?

Do candidates support the generation of more renewable energy in South Lanarkshire? 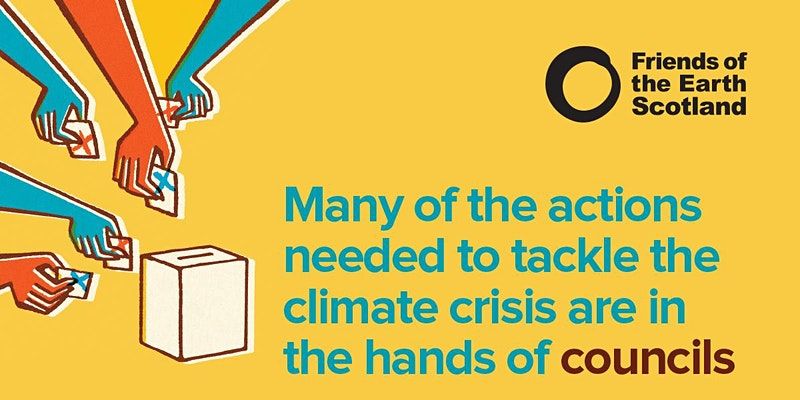