The Burning Case for Climate Reparations

What are climate reparations? Who is calling for them? Why are they needed to ensure climate justice?

Come and hear from our speakers about the case for climate reparations, ask questions, explore the issues and the solutions, and consider the actions we might take here in Scotland to recognise the damage done, and to ensure a just transition to a fossil fuel free world.

Lumumba’s comments were in response to repeated attempts by rich countries to block climate action and shut down any global agreement on reparations, in recognition of the global north’s historic responsibility for climate change.

Twelve years later, at the COP26 in Glasgow last November, rich countries were still blocking attempts to agree compensation for climate damages. However, the Scottish government has spoken out in support of compensation for loss and damage from climate change, and Scotland was the first rich country to pledge to give money specifically for this at the UN climate summit last year.

Colonialism created the world that gave us climate breakdown and also brought the beginnings of debt, unfair trade rules and corporate power that have led to the deep inequalities of wealth and power in the world, and also to climate injustice. Western governments and fossil fuel companies bear much responsibility, yet they rarely acknowledge their role.

There cannot be climate justice without reparations. Not just monetary compensation for the losses faced by the global south, but repairing the damage done by climate change and ending the economic violence that’s driving it.

We invite people to come along to hear our excellent speakers, but also to ask questions and explore the issues, and solutions. 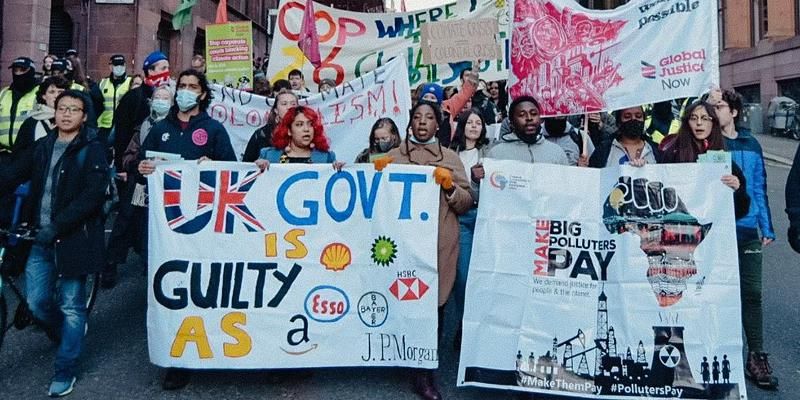 "We are a democratic social justice organisation working as part of a global movement to challenge the powerful and create a more just and equal world. We mobilise people in the UK for change, and act in solidarity with those fighting injustice, particularly in the global south" [email protected]