The Future of Climate Justice - Actions that change systems

While everyone is witnessing the impacts of climate change, in many regions of the world people are losing their homes, livelihoods, culture and lives. It is not enough to recognise

While everyone is witnessing the impacts of climate change, in many regions of the world people are losing their homes, livelihoods, culture and lives. It is not enough to recognise that climate change is accelerating. Climate change is one of the greatest drivers of injustice the world has ever seen.

The final event in The Future of Climate Justice series takes place online with an extended community of climate justice leaders share and examine the actions that change systems. Climate justice is gender justice, it is environmental justice, intergenerational justice, racial justice, economic justice, and nature justice. This conversation is about movement and change, recognising that as words shape policies and processes, words made good will shape our future.

Elizabeth is Professor of Environmental Politics at the University of Edinburgh, School of Social and Political Science. She is an award winning teacher and mentor to university students active in climate initiatives and scholarship, and is currently serving as Programme Director for the MSc Global Environment, Politics and Society. Her primary research activity falls into the broad area of comparative US and UK environmental politics, with particular emphasis on climate activism and policy, shale politics, and community energy. She has co-led funded projects on faith-based activism, US policy, grassroots mobilization, and energy governance in Scotland.

Editor of Modern Poetry in Translation, Khairani Barokka is a writer, poet and artist in London. She’s a practice-based researcher, whose work centres disability justice as anti-colonial praxis. She was Modern Poetry in Translation’s Inaugural Poet-in-Residence, the first non-British Associate Artist at the UK’s National Centre for Writing, and an NYU Tisch Departmental Fellow, and is currently UK Associate Artist at Delfina Foundation and Research Fellow at University of the Arts London.

Alice C. Hill is an expert on building resilience to catastrophic risks. She previously served as Special Assistant to President Barack Obama and Senior Director for Resilience Policy on the National Security Council. Prior to this, she served as senior counselor to the Secretary of the U.S. Department of Homeland Security (DHS). After years of working alongside public health and resilience experts crafting policy to build both pandemic and climate change preparedness, Alice currently serves as the David M. Rubenstein Senior Fellow for Energy and the Environment at the Council on Foreign Relations. In 2020, Yale University and the Op-Ed Project awarded her the Public Voices Fellowship on the Climate Crisis.

George Monbiot is an author, Guardian columnist and environmental activist. His best-selling books include Feral: Rewilding the Land, Sea and Human Life; Heat: How to Stop the Planet Burning, and Out of the Wreckage: A New Politics for an Age of Crisis. George co-wrote the concept album Breaking the Spell of Loneliness with musician Ewan McLennan, and has made a number of viral videos. One of them, adapted from his 2013 TED Talk, How Wolves Change Rivers, has been viewed on YouTube over 40m times. Another, on Natural Climate Solutions, that he co-presented with Greta Thunberg, has been watched over 60m times. George’s latest book, Regenesis: Feeding the World without Devouring the Planet, was published in May 2022.

Vanessa Nakate is a climate justice activist from Uganda and founder of the Africa-based Rise Up Movement and the Green Schools Project. She began striking for the climate in her hometown of Kampala in January 2019, after witnessing droughts and flooding devastating communities in Uganda. She now campaigns internationally to highlight the impacts of climate change already playing out in Africa, as well as promoting key climate solutions such as educating girls. In 2020, Vanessa was named a UN Young Leader for the Sustainable Development Goals, as well as being listed one of the BBC’s 100 Women of the year and the 100 most influential young Africans.

Mitzi Jonelle Tan is a full-time climate justice activist based in Metro Manila, Philippines. She is the convenor and international spokesperson of Youth Advocates for Climate Action Philippines (YACAP), the Fridays for Future (FFF) of the Philippines. She is also an organizer with FFF International and FFF MAPA (Most Affected Peoples and Areas) making sure that voices from the Global South are heard and amplified. She decided to commit her life to activism in 2017 after integrating with the Lumad indigenous leaders of her country which pushed her to realize that collective action and system change are what we need for a just and green society.

Climate activist, environmental scientist, sustainability communicator, and ethical influencer. Laura advocates for environmental education and climate justice. Her social media platforms have created a community of activists under the platform Less Waste Laura. Laura is currently working on a PhD between the University of Abertay and the University of Dundee as a Hydro Nations Scholar in climate resilience. You can hear her regularly on BBC Radio Scotland, BBC Radio 5Live, STV and Sky News. She works with businesses of all sizes, and the Scottish Government, to pursue environmental sustainability. She has a variety of voluntary positions, including the 2050 Climate Group, Scottish Wildlife Trust Young Leaders, and the Marine Conservation Society Youth Ocean Network. 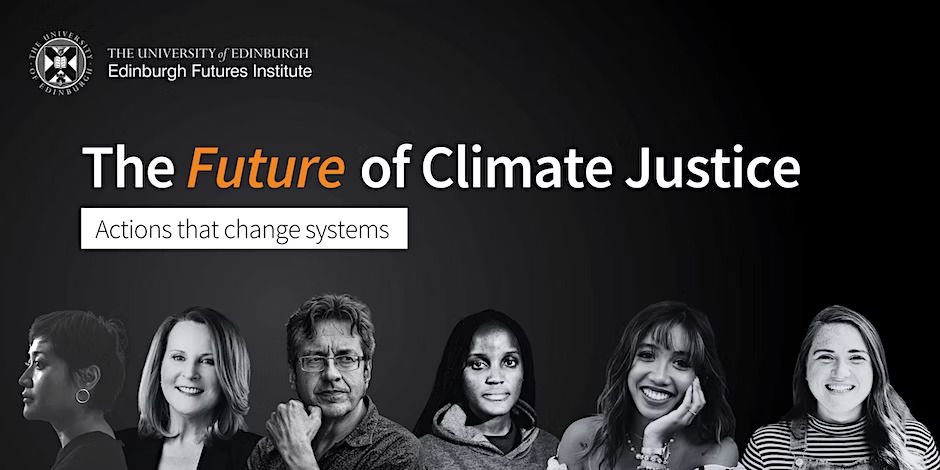