Saturday 12th November Assembly: 12pm St. Andrews Square Nov 12 will see mass mobilisations across the country and put thousands of people on the streets to demand climate justice in solidarity

Nov 12 will see mass mobilisations across the country and put thousands of people on the streets to demand climate justice in solidarity with the Global Day of Action called by Egyptian groups at COP27.

From the national & global cost of living crisis, climate impacts in the global south and the demand for climate reparations, and the urgent need to end fossil fuel extraction and for a workers-led justice transition – we will rise up together and fight for justice.

Since COP26 in Glasgow we have seen a lack of action from governments at home and abroad both towards cutting emissions, but also from Western governments in being forthcoming in providing the climate finance for loss and damage they promised countries in the global south in Glasgow.

COP27 will not save us, it is our people-powered movements that will build the world we need – therefore we will come together in Edinburgh to make connections between our struggles and demand action.

Edinburgh march as part of Global Day of Action

Our march in Edinburgh is part of the Global Day of Action on 12th Nov initiated by the Egyptian activists in the COP27 Coalition. This will bring together the need for action on the multiple crises we are facing.

The route of the march has been chosen to go to specific locations that highlight different crises that demand action.

Please join us and show your solidarity with Egyptian civil society and people around the world calling for decisive and meaningful action and strong leadership from world governments during COP27 to tackle the climate crisis now!

While people are being forced to choose between heating and eating, energy companies are making record-breaking profits.

From bailouts to big business, ramping up more deadly fossil fuels to trashing nature and cutting our wages the Government is refusing to listen. Their policies both here and globally are causing devastation. Working people and people of colour – who have contributed the least to the problem – are now paying the price with killer famines, floods, crop failures, fires and rising poverty.

To stop this crisis we need action that cuts carbon, tackles inequality and ends the injustices baked into our world.

This year world leaders will meet in Egypt for COP27 and African movements have called for a Global Day of Action for climate justice. Communities in the global south need urgent climate finance and reparations for the loss and damages that have caused mass destruction of lives and livelihoods.

The UK Government must stop its climate wrecking plans and implement real climate solutions that solve both the climate and cost of living crisis and ensure that everyone has a right to live with dignity.

Justice won’t be handed to us by world leaders or delivered by corporations. We need to organise in our communities and ensure that not only is no one is cold or hungry this winter but that we stop the headlong rush into climate catastrophe. 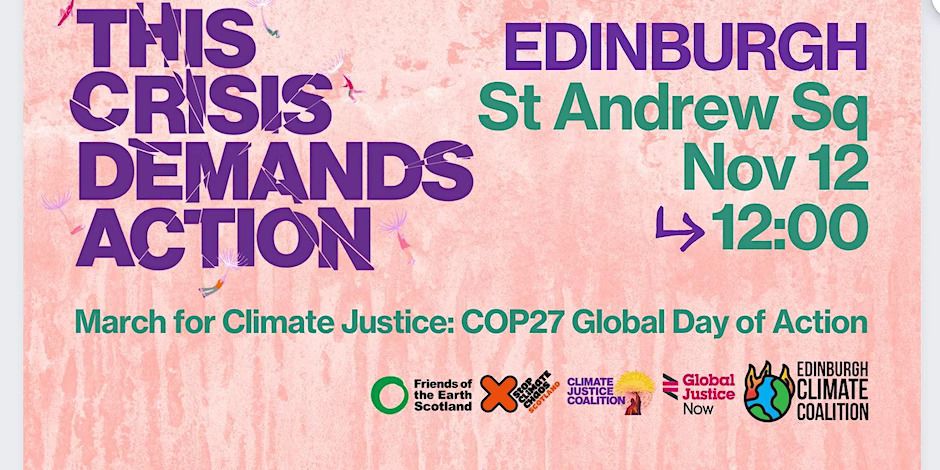